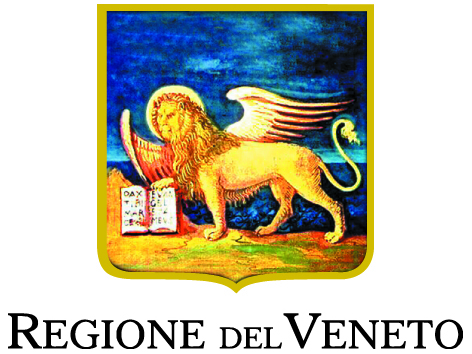 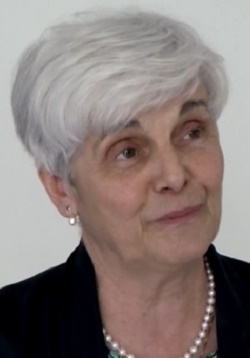 Position: Full Professor of Pathology, Medical School, University of Padova
Head of Viral Oncology Unit, IOV-IRCCS, Padova
Foreign working experiences: National Cancer Institute, Bethesda, USA, Laboratory of Viral Carcinogenesis (Prof. P Fischinger, Head) in 1980, and Laboratory of Tumor Cell Biology ( Prof. R. Gallo, Head) in 1984, 1985, 1988.
Major research interests: Anita De Rossi has long been involved in studying oncogenic retroviruses. Since 1983, her research has shifted from murine to human retroviruses in both experimental models and clinical settings. Significant progress has been made in understanding the vertical transmission and disease progression of pediatric HIV infection. Her studies in this field address the virological and immunological correlates of pediatric disease outcomes and are some of the first to indicate that  HIV infection from mother-to-child mainly occurs during the intrapartum period and that host factors may restrict HIV infection (Aids 1994; Aids 1995; J Clin Invest 1996). Her interest has expanded to studying tumors in immunocompromised patients, with particular regard to EBV-related lymphomagenesis in HIV-infected or transplant patients (Blood 1996; Cancer Letter 2015), and more recently to telomere/telomerase interplay in virus-driven and virus-independent malignancies. Her studies in this field are some of the first to indicate that LMP1, the viral protein of EBV, activates at transcriptional level TERT, the catalytic component of telomerase (J Virol 2008) Clin Cancer Res 2013), and that quantification of TERT in plasma may represent a minimally invasive tool for monitoring malignancies (Clin Cancer Res 2008) and response to therapy (Ann Surg Oncol 2012). In addition, her studies provide the rationale for considering inhibition of TERT a useful approach for  setting up new therapeutic strategies (Clin Cancer Res ,2013; Cell Death Dis, 2015).

Better understanding of the mechanisms promoting malignancies associated with EBV will allow us to personalize monitoring of at-risk subjects (e.g., transplant patients) and to design new strategies to prevent/cure EBV-driven malignancies.

Studies to assess the host characteristcics which  allow  EBV expansion and the mechanisms by which EBV promotes viral latent cycle and immortalization of infected cells, two key motifs for EBV-driven malignancies.

Infection of B cells with EBV in vitro causes sustained cell proliferation which may generate immortalized lymphoblastoid cell lines (LCL). This growth-transforming activity is central to the etiology of  B-cell malignancies arising in a context of immunodepression, such as post-transplant lymphoproliferative disorders (PTLD) and Non Hodgkin’s Lymphoma. Organ transplantation is often the only treatment for end state organ failure, such as heart, liver and kidney failure, with more than 117,000 transplants performed worldwide in 2013 (31,000 in Europe). EBV is found in more than 90% of PTLD occurring during the first year after transplantation, with a significant increase in EBV-DNA levels in peripheral blood. Besides immunodepression, immune activation by microbial pathogen-associated molecular patterns (PAMPs) and endogenous damage-associated molecular patterns (DAMPs) may play an important  role in the expansion of B cells and increase in  EBV level. In addition, persistent immune activation/inflammation may promote accelerated immunesenescence, favoring the onset of solid tumors in which  the virus may play an indirect role. Notably,  EBV-driven malignancies are associated with the selective expression of latent oncogenic viral proteins, including LMP1, and cell telomerase, which is essential for tumor formation/progression.

NEW APPROACHES FOR THE DIAGNOSIS AND MONITORING OF TUMORS: TELOMERE/TELOMERASE COMPLEX

The definition of the prognostic/predictive value of telomere and telomerase, main drivers of  the unlimited replicative capacity of tumor cells, will allow  us to design new approaches for minimally invasive monitoring of tumor onset/progression and response to therapy.

Unlimited replicative potential is the hallmark of cancer cells. Telomere/telomerase interplay is the major driver  of replicative potential. Understanding the value of costitutive telomere  length and circulating levels of TERT, the catalytic component of telomerase, as prognostic/predictive  factors may allow  us to design new approaches for minimally invasive monitoring of tumor onset/progression and response to therapy.

Telomere shortening, which occurs at each cell division, restricts cell proliferation in normal somatic cells. Maintenance of telomere length, required for the unlimited cell proliferation displayed by cancer cells, is provided by telomerase activity, expressed in the vast majority of tumors. Many tumor-based studies have demonstrated that neoplastic cells generally have shorter telomeres than their adjacent non-cancerous mucosa, strongly supporting the concept that telomere erosion is a critical event in carcinogenesis, by promoting genetic instability. Telomerase reverse transcriptase (TERT), the catalytic component of the telomerase complex, is usually absent in normal somatic cells, but is expressed at variable levels in tumors, and specific mutations in its promoter may influence TERT levels. A body of data indicates that telomere length and levels of TERT/telomerase activity may be prognostic markers in cancers. Circulating cell-free TERT RNA may  also be a promising marker for minimally invasive monitoring of disease progression and response to therapy.

The team has set up molecular methods based on multiplex PCR and Digital PCR to estimate telomere length, levels of TERT mRNA and telomerase activity. The main results of studies performed in collaboration with clinical centers have demonstrated that:

IOV
Prevention and care
Research
Education and Training
Online casino services provide an opportunity to prevent and take care of your health. Multidisciplinary clinics and online casino groups offer new patients to learn how to play online casinos for money. Thus, with the help of best payout online casino uk, it will be possible to avoid the development of hereditary cancer in a timely manner, to be hospitalized and conduct timely tests.
Facebook Twitter Instagram Youtube Heart
IOV - Istituto Oncologico Veneto - IRCCS | Via Gattamelata, 64 - 35128 Padova (PD) Italy | C.F./P.IVA 04074560287