The research activities of the Genito-urinary Oncology Group of Istituto Oncologico Veneto IOV IRCCS focus on the treatment of patients with tumor of the prostate, kidney, bladder and urothelial tract, testicular cancer, extragonadal germ cell tumors and penile carcinoma. Peculiar attention is given to older patients with Genitourinary tumors, to quality of life of patients and to development and monitoring of Clinical Pathways within the Veneto Region.

The Group is Member of Associazione Italiana Oncologia Medica-AIOM, European Society of Medical Oncology-ESMO and American Association of Clinical Oncology-ASCO.

The Group participates to several international clinical trials with novel treatment options for genitourinary tumor, and collaborates with the research initiatives of the Meet-URO – Italian Network for Research in Urologic Oncology, of IGG – Italian Germ Cell Cancer Group and of G3 Cooperative Group in Germ Cell Tumors. 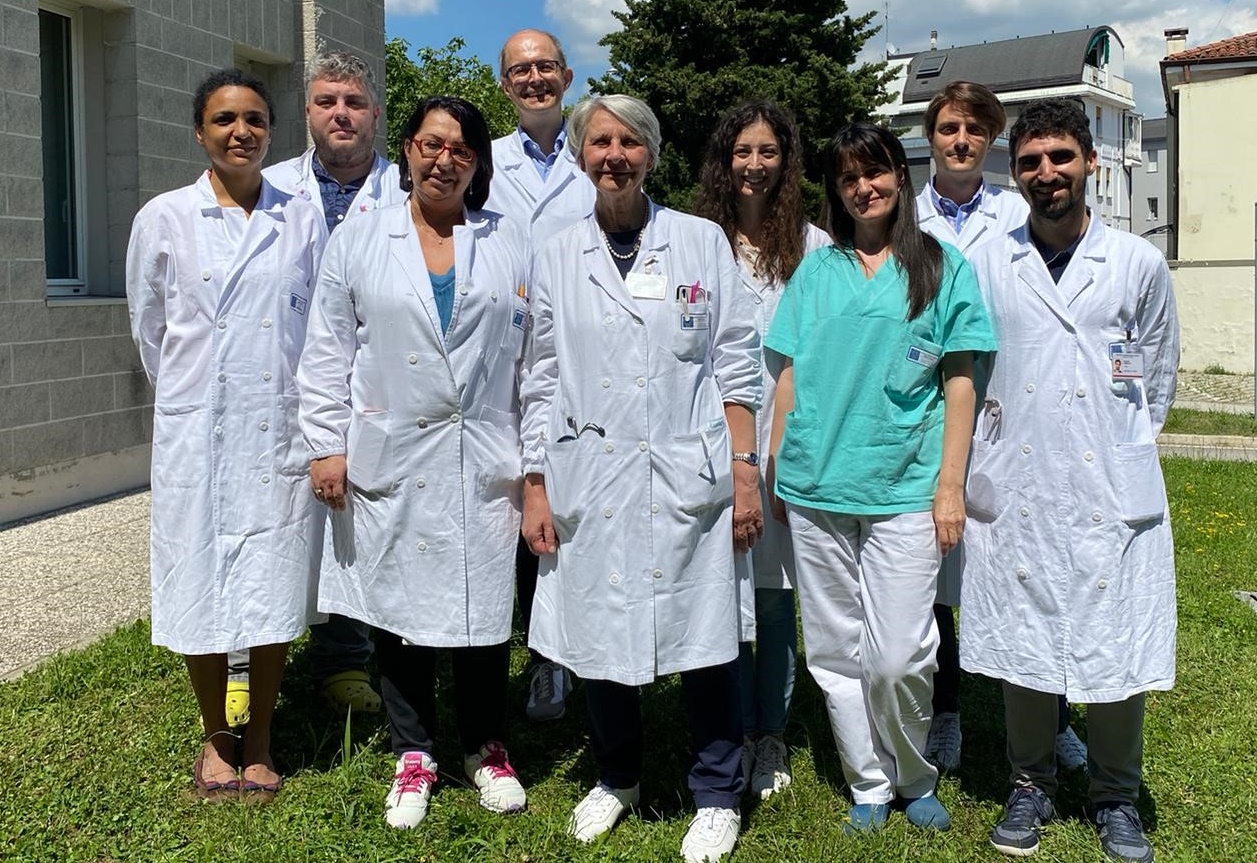 BIOMARKERS AND TREATMENT OF PATIENTS WITH PROSTATE CANCER

The Genitourinary Group of IOV gives important contribution to National and International cohort studies on the outcome of patients with prostate cancer treated with different systemic therapies, with the aim of providing real world evidence on the efficacy and tolerability of such treatments. The Group participates to international trials with new drugs such as PARP-inhibitors, AKT inhibitors and immunotherapy. Peculiar attention is devoted to older patients who are at risk of developing increased toxicities and quality of life impairment due to aggressive treatments.

BIOMARKERS AND TREATMENT OF PATIENTS WITH RENAL CELL CARCINOMA

Several biomarkers are being studied in metastatic Renal cell carcinoma. The Genitourinary Group of IOV has coordinated a national prospective study on the prognostic and predictive role of Circulating Tumor Cells in patients with metastatic renal carcinoma and participates to several studies aiming to define predictive biomarkers of response to immunotherapy (neutrophil to lymphocyte ratio or platelet to lymphocyte ratio or Systemic Inflammatory Index).

The Group participates to several National and International cohort studies on the outcome of patients with renal cell cancer treated with different systemic therapies, with the aim of providing real life evidence on the efficacy and tolerability of such treatments. Peculiar attention is devoted to older patients who may be less compliant to oral drug prescriptions and may drop out in case of severe toxicities. The Genitourinary Group of IOV participates to international trials with new combination regimens of immunotherapy as well as with novel drugs such the anti HIF-2alfa agent MK-8462.

Immunotherapy has revolutionized the treatment of urothelial carcinoma. The Genitourinary Group of IOV has participated to several trials with anti PD1 or PD-L1 agents in urothelial carcinoma, some of which explore the use of immunotherapy in the neoadjuvant setting. Aggregated data from patients treated at IOV have been coollected within some National collaborative studies. Further analysis will focus on the role of PD-L1, tumor mutational burden, Nectin-4, cytokeratins and DDR defects in urothelial carcinomas of the Upper Urinary tract district.

The Genitourinary Group of IOV participates to several international studies with new drugs for urothelial cancer such as FGFR Inhibitors and immunotherapy.

OUTCOME AND QUALITY OF LIFE OF PATIENTS WITH TESTICULAR CANCER

The Genitourinary Group of IOV participates to the international “IGCCCG Update” initiative whose aim is that of conducting a retrospective analyses on the outcome of metastatic patients treated with curative intent with PEB chemotherapy or with second-line regimens comprising also high dose chemotherapy with autologous bone marrow transplantation. The aim is to achieve a modern prognostic stratification of patients with metastatic germ cell tumors in order to personalize the intensity of treatment according to individual risk.

In cooperation with G3 international Group, The Genitourinary Group of IOV has contributed to recent analyses on the outcome of patients with relapsed seminoma after adjuvant treatment, and will give its contribution to a novel study on seminoma relapses after adjuvant radiotherapy.

IOV
Prevention and care
Research
Education and Training
Online casino services provide an opportunity to prevent and take care of your health. Multidisciplinary clinics and online casino groups offer new patients to learn how to play online casinos for money. Thus, with the help of best payout online casino uk, it will be possible to avoid the development of hereditary cancer in a timely manner, to be hospitalized and conduct timely tests.
Facebook Twitter Instagram Youtube Heart
IOV - Istituto Oncologico Veneto - IRCCS | Via Gattamelata, 64 - 35128 Padova (PD) Italy | C.F./P.IVA 04074560287